This being the winter doldrums, at least as far as fresh produce is concerned, my posts normally decline in quantity this time of year. This winter of near-blizzards is no exception, but the weekend before last caused me to alter my opinion, slightly, about a root vegetable I've regularly slighted: the humble rutabaga, a.k.a. Swede, a.k.a. Yellow Turnip.

The cause of my conversion is the delicately-flavored smallish specimens which have been on sale at the Reading Terminal Market's Fair Food Farmstand since the onset of winter. They hail from Vermont's Deep Root Organics. a cold storage coop on the northern climes of the Green Mountain State.

Along with parsnips from the same coop and supermarket "baby" carrots, they became the vegetable component of a Valentine's Day dinner I composed for my Valentine, who has always held the rutabaga in high esteem (must be her Scandinavian heritage). I cut the veggies into half-inch dice, tossed with a minimum coating of olive oil, along with a little thyme, salt, pepper, a scant teaspoon of sugar (to encourage browning) and roasted them in the oven.

To my amazement, the rutabaga actually tasted good! Maybe it was the sugar, maybe it was the roasting, since my previous encounters with rutabagas had always been simply mashed with butter. But these roasted rutabagas had a more subtle countenance than the mash, so that the flavor note I previously found offensive became appealing. Will wonders never cease?

The veggies accompanied filet mignon, a cut she enjoys but I rarely prepare for myself because of its lack of flavor compared to other cuts of steaks, though its tenderness is always to be admired. This beef came from Harry Ochs, and the combination of high quality beef and the method of preparation made it a hit, even with me. I simply seared it in a pan, three minutes on a side over medium high heat to get a nice char (not disturbing the meat except once, to turn turn it), then finished it off in a 450F oven for another four minutes for medium, my Valentine's preferred doneness. While it rested on a warm platter under foil, I made a pan reduction with cream sherry finishing with a small knob of butter. Although I prefer my steaks rarer, this retained just enough pinkness to remind it came from a living thing, and had great flavor.

Dessert was a sampling of truffles from Neuchatel Chocolates of Oxford, Pennsylvania, every bit as good as any truffle we've had. The creations from Swiss chocolatier Albert Lauber can be had at the Pennsylvania General Store.


Fowl For Your Feast

A beautiful, mahogany colored roasted bird makes a wonderful edible centerpiece for a holiday table. And no bird is more Christmas-y than a roast goose.

At the Reading Terminal Market L. Halteman Family has locally raised geese in stock. The birds, roughly 10 pounds, sell for $5.79/pound. The Fair Food Farmstand is selling geese from Griggstown (NJ) Quail Farm for $10/pound. Geese and lots of other birds can be obtained from Godshall's Poultry. In all cases it's wise to call ahead and order. It's almost too late to order from Fair Food; orders for the Griggstown geese, as well as pheasants, must be placed with Fair Food by 9 a.m. this Monday.

All the other butchers at the market (Martin's Quality Meats & Sausage, Giunta's Prime Shop, Harry Ochs & Sons, and S&B Meats) also can accommodate special orders for the holidays. Among other items, Giunta's is selling turduckens for $39.95 apiece. 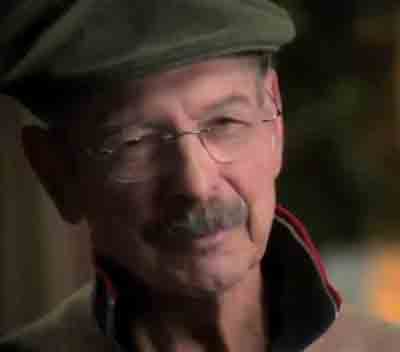 Harry Ochs:
He Will Be Remembered

Although most everyone who reads this blog probably has heard the sad news, I cannot help but note the death from cancer yesterday of Harry Ochs Jr. at age 80.

I'll leave it to the obituary writers to recount his life and contributions to the Reading Terminal Market, his fellow merchants and his customers. (See today's Inquirer here.)

It's a comment on how well he was loved by everyone connected with the market that last spring its merchants association used its annual shindig as a "surprise party" for Harry's 80th birthday. They knew it likely would be the last time to celebrate Harry while he was alive. So what if they couldn't keep the party a secret from Harry? When it came the Reading Terminal Market, very little escaped his notice. Few market regulars will fail to notice his absence. 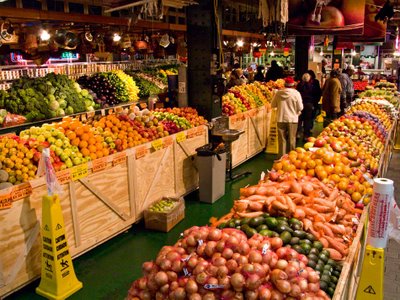 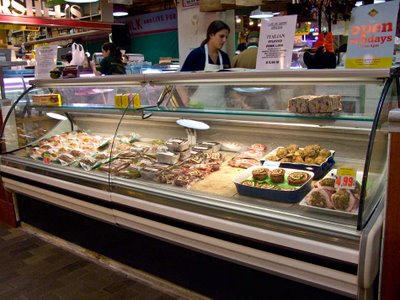